NodeConf is a blast, and Mozilla had a 30 minute slot. Here’s the slideshare.net link. 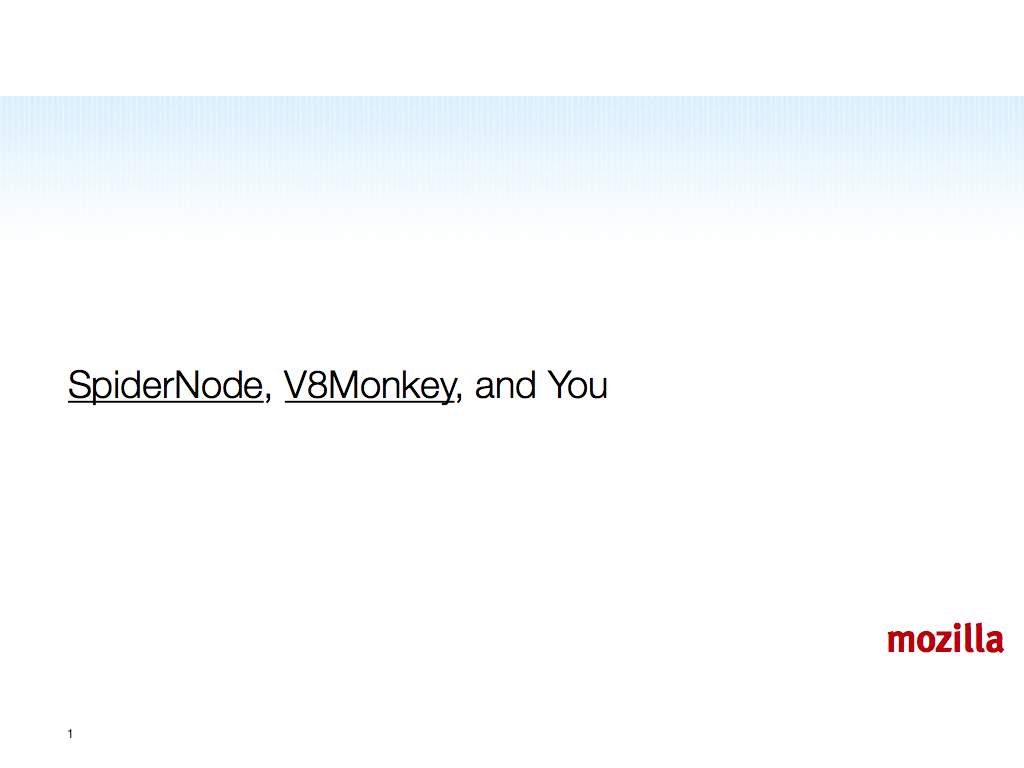 SpiderNode and V8Monkey are on github, of course. Paul O’Shannessy already blogged a few weeks ago. 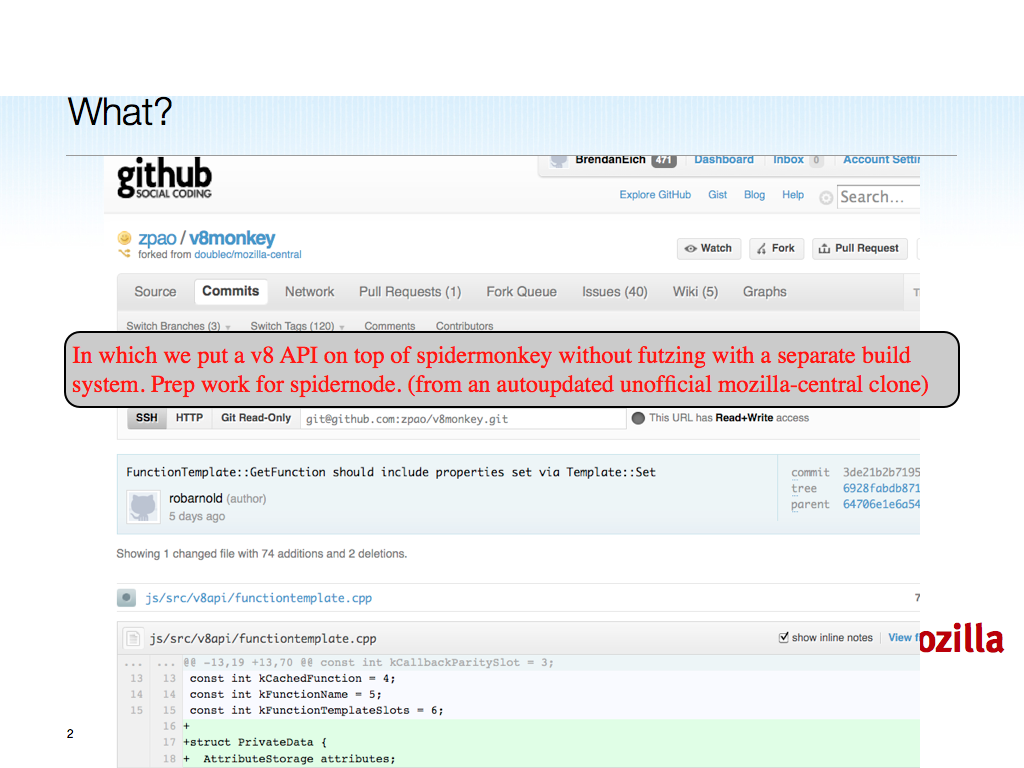 To avoid confusion, here’s the cheat-sheet: 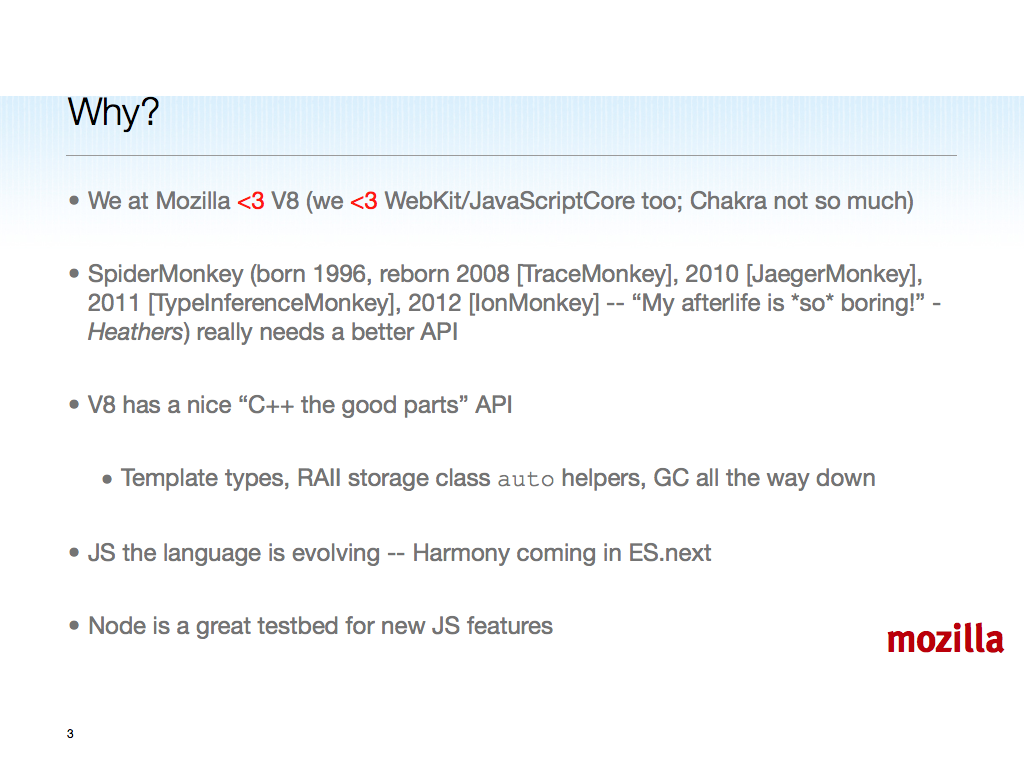 This slide should speak for itself.

We are not out to make a maintained, competing fork of Node, just a friendly downstream that should go away as soon as possible. We aren’t selling anything to Node users.

We are trying to improve SpiderMonkey’s API, test Harmony JS language features in the Node setting, and have fun learning about the new JS server side. 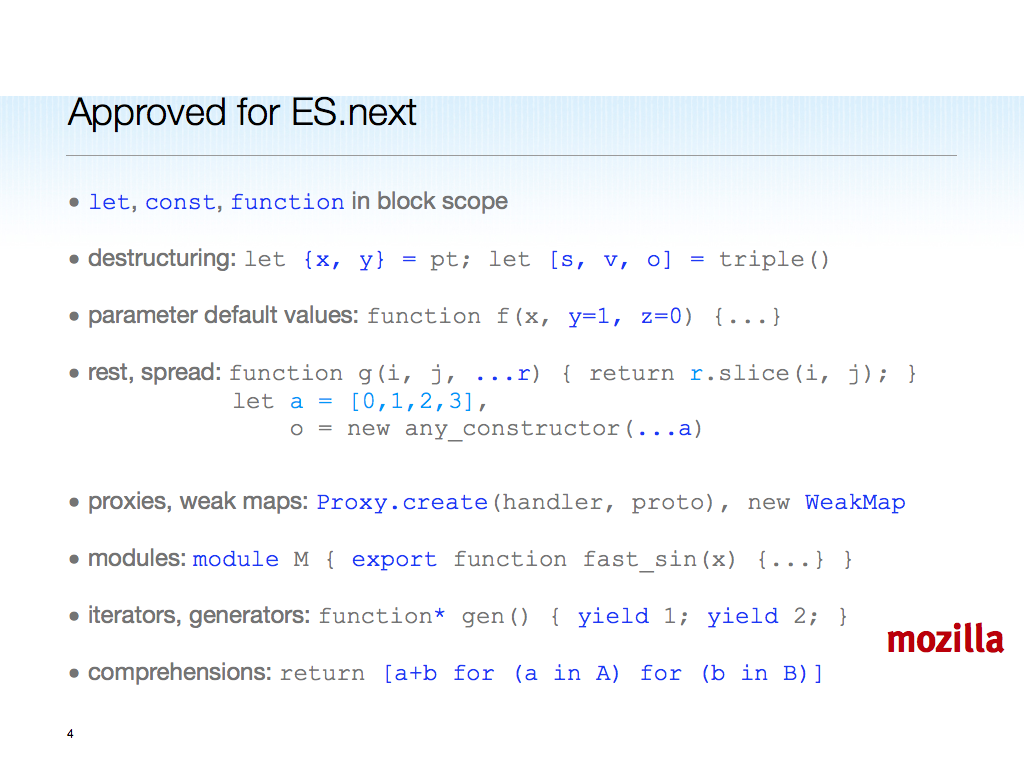 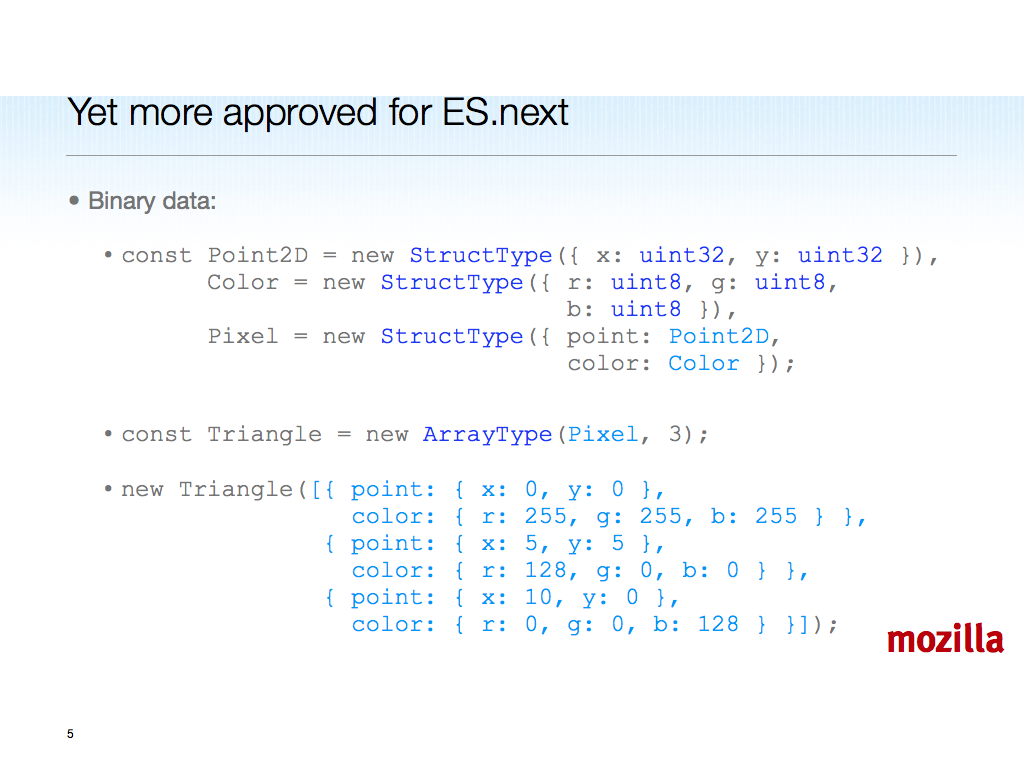 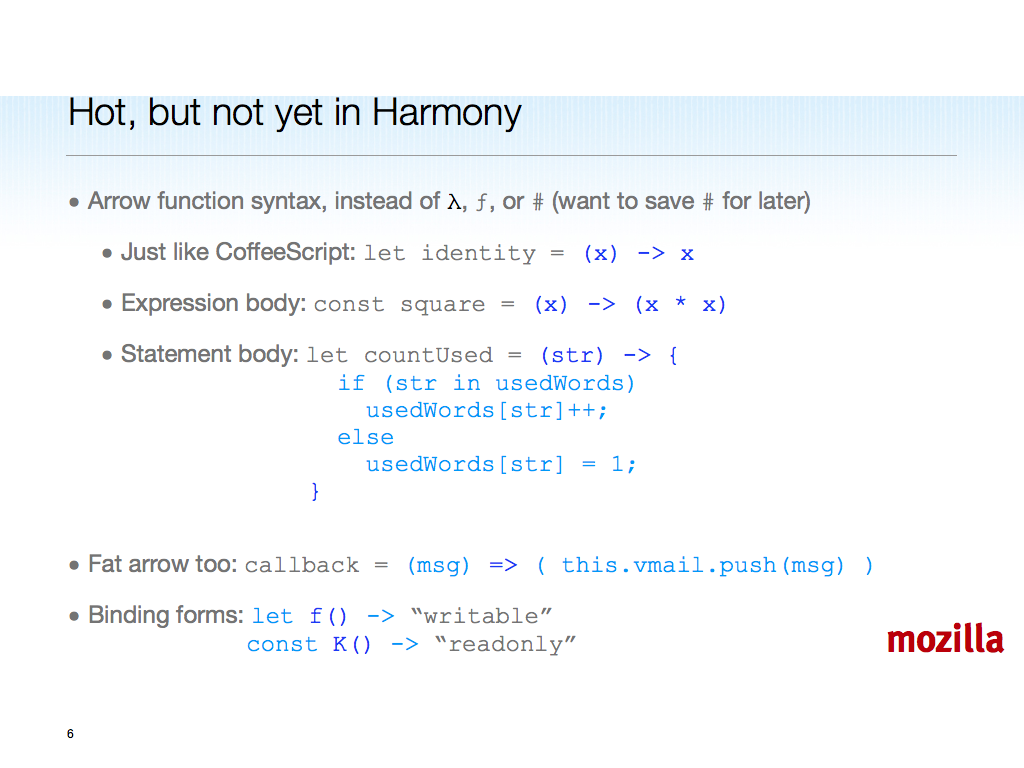 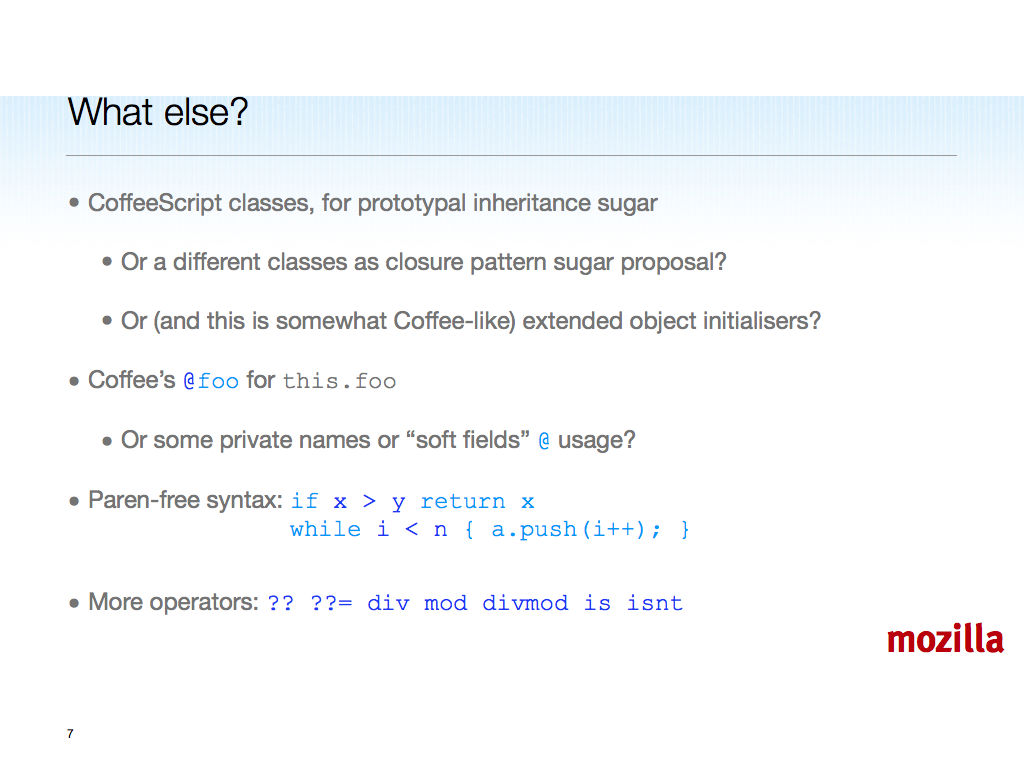 These four slides are straight from my JSConf.us 2011 talk. I went fast since a lot of NodeConf attendees were at JSConf, but a good number of hands did not go up when I asked who attended both conferences. 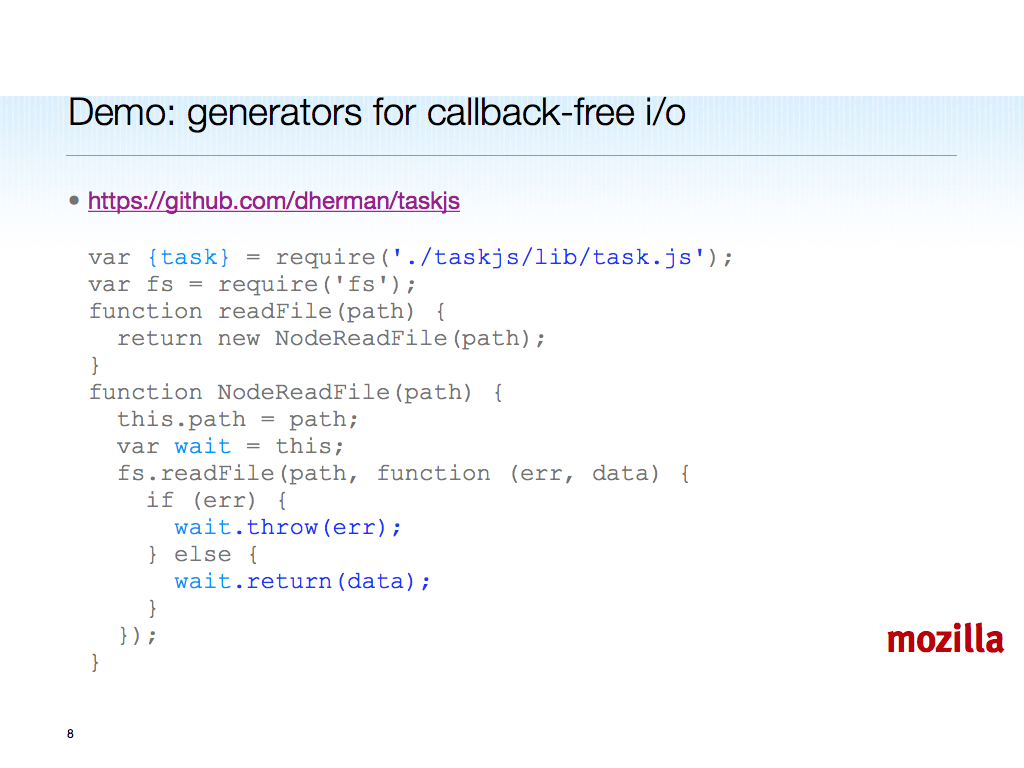 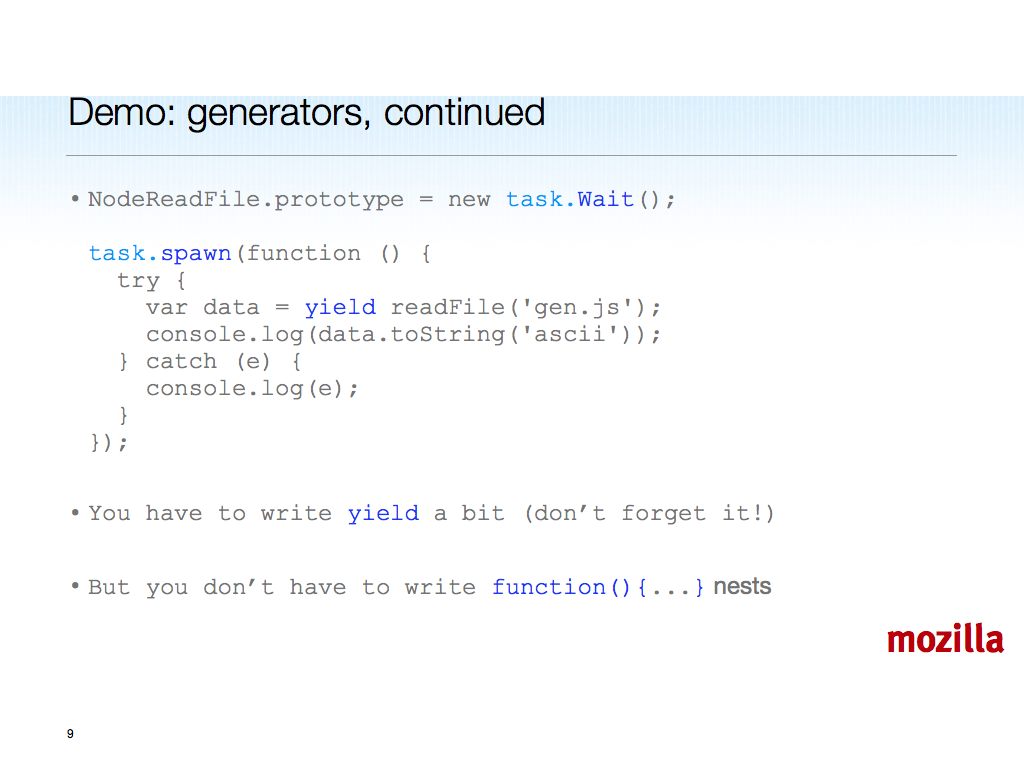 Generators are winning, and they are worth playing with and investigating in SpiderNode and of course Firefox and other SpiderMonkey embeddings (also in Rhino). They are not the last word on the “anti-function-nesting” topic, for sure. I’m pretty sure there is no “last word”.

Thanks to Rob Arnold for this demo and the next one, and of course to Dave Herman for TaskJS. Thanks too to Shawn Wilsher for the encouragement at the last minute 😉.

This is an even shorter demo. I switched to a terminal window, fired up $ ./node helloworld.js, loaded https://127.0.0.1:10337/ into a fresh Firefox window, and pressed reload repeatedly to show the counter incrementing.

Node really did break the mold when it comes to ease of writing server code that you can get running super-fast, using JS and lots of the client-side knowledge you may already have. 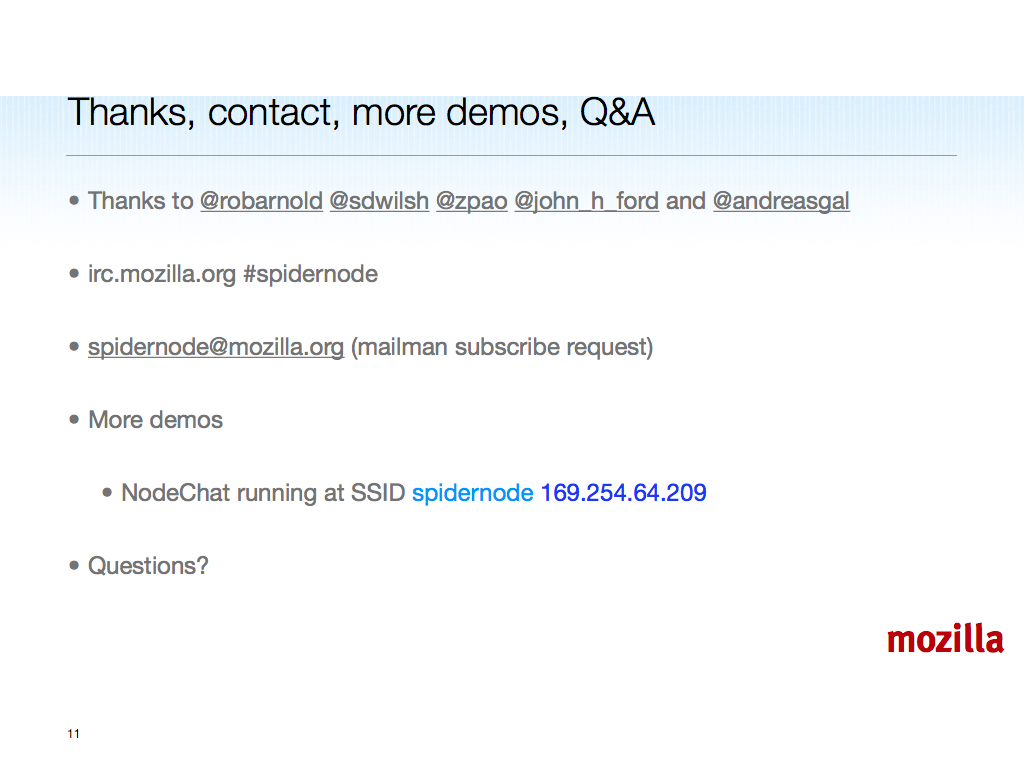 One more time: thanks to @robarnold, @sdwilsh, @zpao, the awesome @john_h_ford who did our build automation, and of course my partner in crime for much mad science at Mozilla, @andreasgal.

Join us on IRC and the mailing list, we have a lot of work still to do, and we’re having a ton of fun.